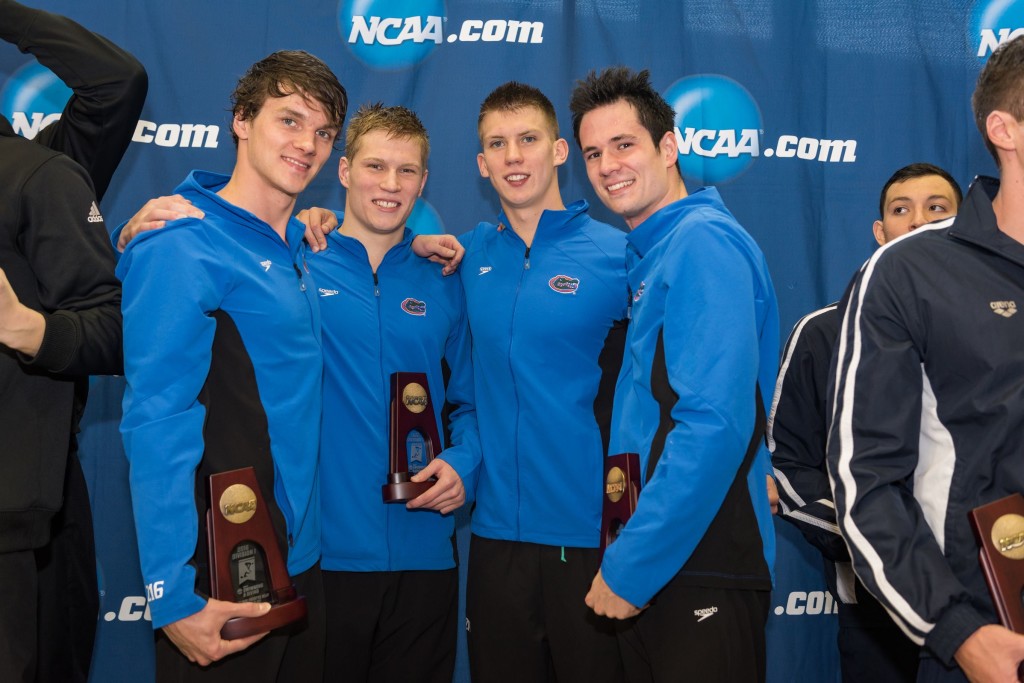 ATLANTA — The University of Florida men’s swimming and diving teams opened up the 2016 NCAA Championships on a high note on Wednesday, swimming to the third-fastest 800-Yard Freestyle Relay time in history. The Gators’ time of 6:09.84 marked a new Florida School Record and brought in 32 points on a third-place finish.

Florida Head Coach Gregg Troy on the Relay:
“We just swam the third-fastest time ever, we just got beat by the first two. We swam really well and put up some good splits. We might have gotten a little excited in our first 50s for a few of the guys but we just need to be smart about how we race moving forward.

“Hats off to the other two schools, they swam real well too. For us, swimming the third-fastest time in history and putting up a new school record, we’re real pleased with it.”

Sophomore Mark Szaranek on the Gator Relay:
“It was a great swim and we were able to break the school record and put up a fast time. We were hoping to finish a little higher than third but for putting up the third-fastest time ever, we’re happy with it.”

Record-Breaking Night
The Gators have an early start on what they hope will a week full of new school records. Tonight, the Gators took down the 800-Yard freestyle record,­­­ previously achieved by Werner, D’Arrigo, Dan Wallace, and Nicholas Alexiou (6:12.85, 2013).

With tonight’s Top-8 finish, the Gator relay has earned an All-American status.