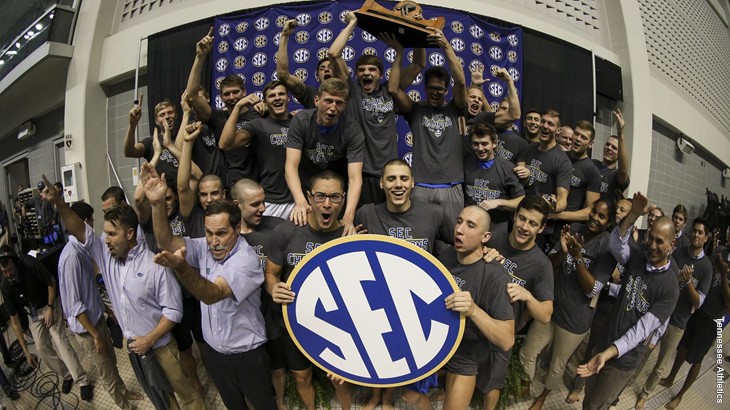 The headline has read the same for the past five seasons, but that doesn’t mean “SEC Champions” sounds any less sweet.

On Saturday night at the Allan Jones Aquatic Center, the Florida men’s swimming & diving team captured its fifth-straight SEC Championship, scoring 1,271.5 points over the five-day meet. The Gators have won 38 men’s conference titles in program history, which is rivaled only by Kentucky men’s basketball’s 47 titles in the history of the Southeastern Conference.

Caeleb Dressel also won the SEC Male Swimmer of the Meet award for totaling the highest number of individual points. He collected 96 points, 32 for each of his three individual event wins, and was also a part of four relay victories.

“It never gets old. In this conference, having the opportunity to race against these people is fantastic, and the way our folks handled the season was tremendous.”

The women’s team, consisting of mostly freshmen and sophomores, placed seventh overall with 624 points. They capped off the night with a silver medal in the 1650 free, which marked their best event finish of the week.

“We’re happy with the way those young girls stood up and raced,” said Troy. “The experience they got is going to be invaluable. Tonight we swam a 400 freestyle relay that was all freshmen. It’s a tremendous group to work with. I think the future’s bright.”

“It’s a great starting point for us, being that this is my first season and it’s a very young team,” said diving coach Bryan Gillooly. “Sam (Smith) stepped it up in the final in two events and was close to the final in all three events, which is huge. Everybody else is right there. I think it was a real eye-opener to what we can do in the future.”

Rounding out the week’s event titles today were Caeleb Dressel in the 100 free andMaxime Rooney, Mark Szaranek, Jan Switkowski and Dressel in the 400 free relay.

Dressel became a back-to-back SEC champion in the 100 free, touching in 41.24, which marked the fastest time in the nation this year.

The 400 free relay lineup broke an 11-year streak of Auburn taking first in the event. Florida timed an A-cut 2:47.09, a new school record, in the race.

That relay win, Florida’s fifth of the week, was a special one – the Gator men have never swept all five relays at the SEC Championships. 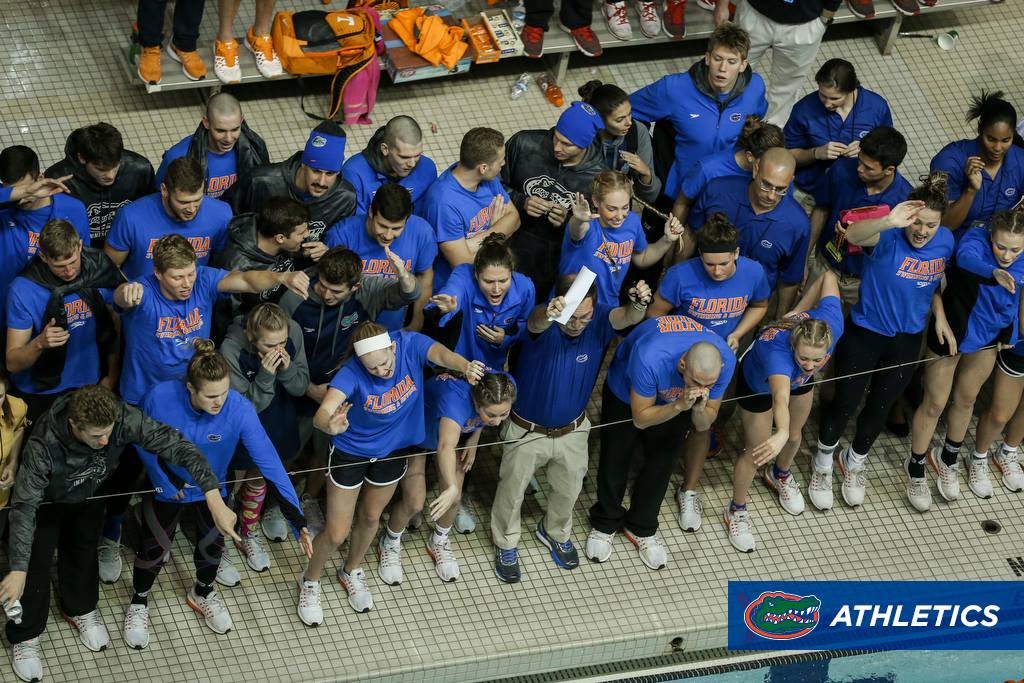 SATURDAY NIGHT’S ACTION
1650 free
Senior Autumn Finke became this week’s first and only Gator on the women’s side to stand on the podium. Finke, who specializes in distance free, placed second in the 1650 free A-final with a season-best B-cut of 16:06.64 and collected 28 points for the women’s team. Tonight marked her first SEC individual medal.

On the men’s side, Brennan Balogh also recorded a win in the B-final with an improved B-cut of 1:42.43. Maxime Rooney also competed in the B-final, finishing seventh with a B-cut 1:43.54. Bayley Main additionally placed fourth in the C-final with a 1:44.64 B-cut.

100 free
The women’s finals in the 100 free featured a pair of freshman Gators. Sherridon Dressel appeared in the B-final, finishing in the runner-up spot with a season-best and B-cut 48.98. Kelsey Dambacher preceded her in the C-final, touching eighth in 50.33.

Chandler Bray, in his second individual A-final in as many days, finished seventh with a B-cut and improved 1:55.86. Teammate Ross Palazzo placed third in the B-final with a B-cut 1:56.56.

Men’s platform
After breaking a school record in the 3-meter finals earlier in the week, Samuel Smith returned to the diving well in the men’s platform finals. Diving off the towers for the first time in a competition setting during this collegiate season, Smith put up a score of 390.90 to finish in sixth.

400 free relay
The women’s lineup of Sherridon Dressel, Kelsey Dambacher, Tori Bindi and Kelly Fertel swam in the first timed heat of the finals, winning it in 3:18.26 to improve on their seed time. They finished ninth overall out of the two heats. 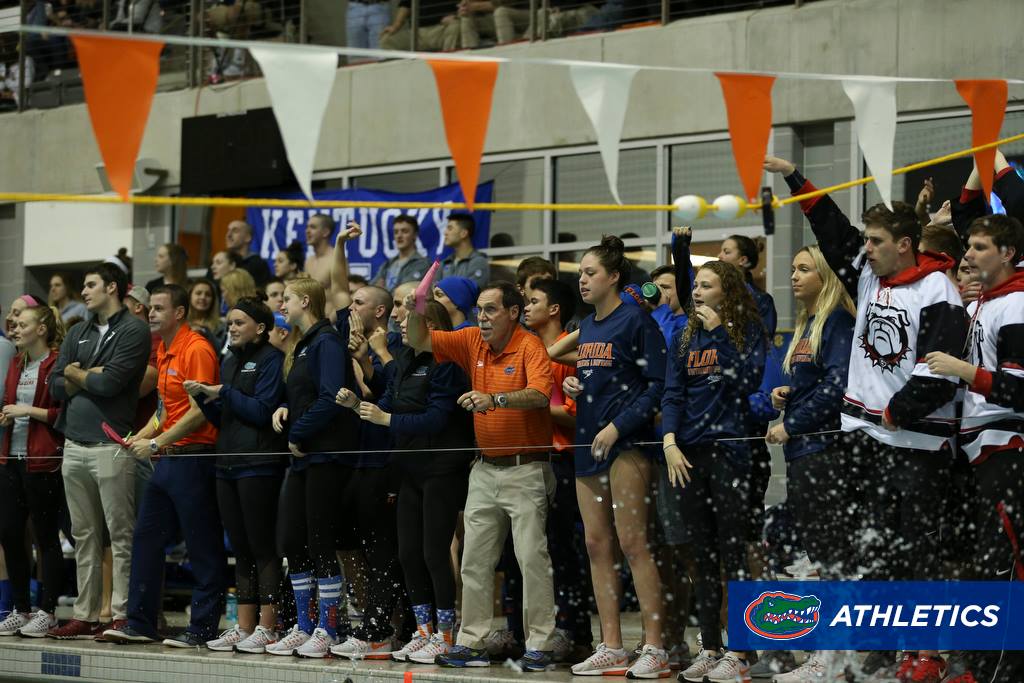 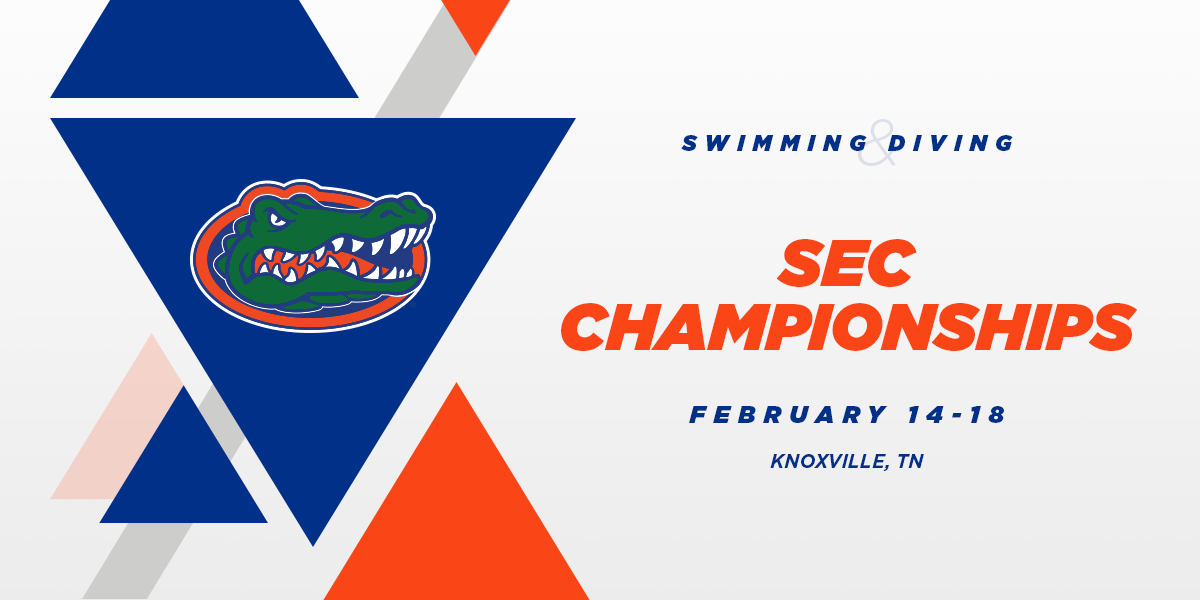